It's not often you see a sandblasted horn from Peter Heding, who generally reserves the shape for blocks with particularly striking flame grain. He's clearly lent into this change of pace with alacrity though, shaping a horn with a more pronounced angle, a shorter, broader bowl, a significantly more substantive shank, and a smooth domed rim that nicely juxtaposes the densely ringed, black finished sandblast. It's a (visually) weighty composition, to be sure, but the more aggressive upturn gives the transition a sense of potential energy and dynamism, and the negative space created by the extra slim saddle stem balances the piece expertly.
— Adam O'Neill 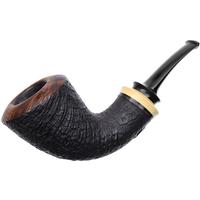 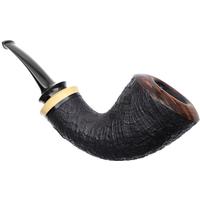 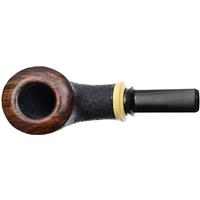 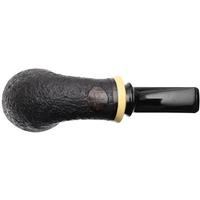 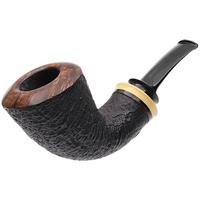 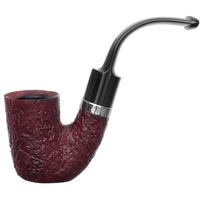 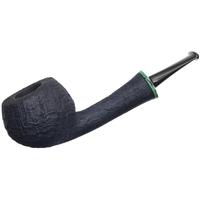 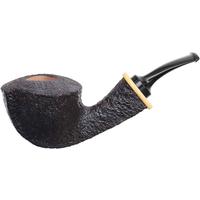 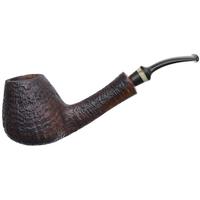 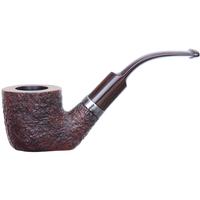 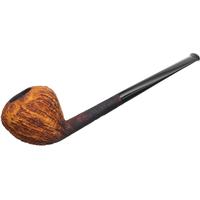 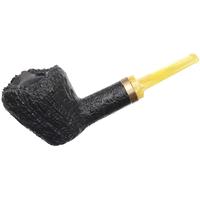 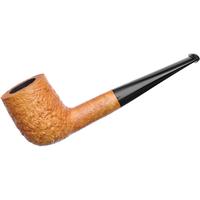 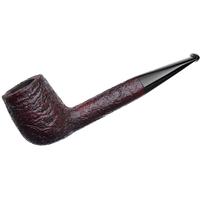