To my eye, at least, there's some distinct Russian influence in this sandblasted Tomato from Ryan Alden. Maybe it's the illusion of the pipe being squatter then it really is, thanks to the sharpened waist around the bowl, and even that waist itself reminding me of Vladimir Grechukhin's compact sense of proportions. Maybe it's the aggressiveness of the blast reminding me both of Grechukhin and some of Roman Kovalev's later pieces. Maybe I'm just imagining it. Each of these elements, after all, are very much common to American artisans. But there's just something in the way that it's all brought together that feels like it could belong within the St. Petersburg school.

Either way, this is an exceptional piece from the US based carver. Compact and squat overall, yet lent both a little extra length and dynamism by the domed saddle stem, it manages to walk a line between being relaxed in its stance while still being quite lively. Finished in a remarkably deep, Bruyere-stained sandblast, it's positively rife with growth rings and blasted birdseye — all the better to contrast the smooth polished rim. 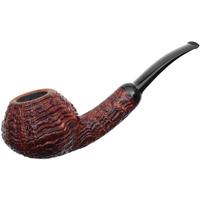 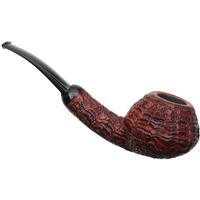 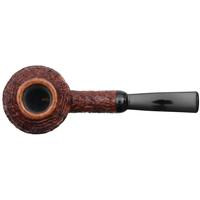 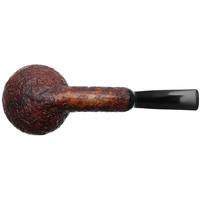 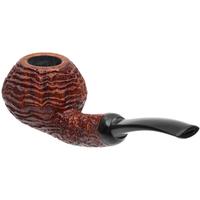 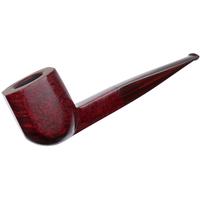 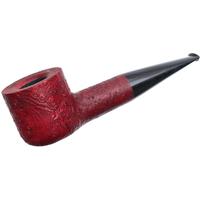 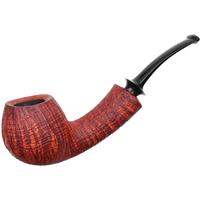 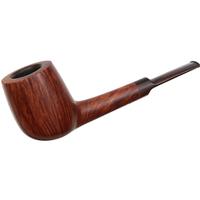 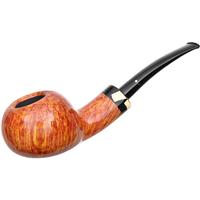